SAKUGA is the core of animation entertainment. We believe it is appropriate to say that a SAKUGA (key animations and in-betweens) is a carefully drawn work of ART that is crafted with the soul of an artist/animator.

Especially since each piece is hand drawn with pencil on paper, making each drawing unique and one of a kind. It is here that these works shall outgrow the context of work created for entertainment but shall instead or also be valued as ART. We bring forth a new definition of “SAKUGA ＝ ART”, and aim to generate more attention and excitement towards this ART form all over the world, and to generate revenue to SAKUGA artists and animation production studios.

As the industry gradually follows the path of digitalization, we also hope to support and retain the traditional Japanese craftsmanship of hand-drawn animation. It is very important to create an environment in which animators and their craft are valued and appreciated.

Up until now, materials made during animation production, including SAKUGA, are piled up in storage or worse, thrown away. Thus, we created this project to elevate the value of these materials by highlighting them as SAKUGA art.

Hand drawn animations made during an animation production are collectively called “SAKUGA (作画)”.

SAKUGA consists of key animations (原画 or Genga) and in-betweens (動画 or Douga). 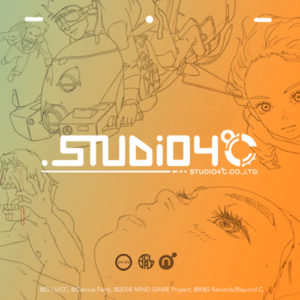